Factors That Can Invalidate a Prenuptial Agreement 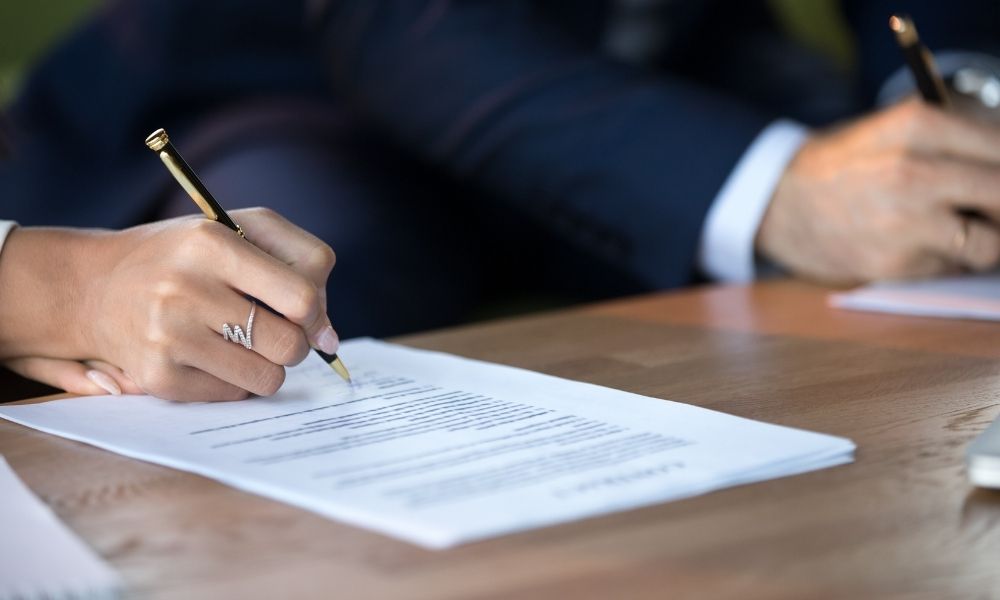 Prenuptial agreements should follow thorough discussion and input from both spouses, but this isn’t always the case. Sometimes, only one spouse dictates the terms of the contract, leading to unfair terms that are far from equitable. There are several factors that can invalidate a prenuptial agreement, so we’ll take a look at everything that could nullify one.

What Is a Prenuptial Agreement?

A prenuptial agreement (also known as a prenup) is a contract that an engaged couple may make before they get married that details each party’s property and assets. Should the marriage end in divorce, the couple will refer to the prenup to determine who gets what assets. If you end up making a similar agreement after the wedding has taken place, that is a postnuptial agreement.

What Are the Benefits of a Prenup?

TV shows and other popular media suggest that prenups are only really beneficial for the rich and famous. While some of those people may have more assets to protect, a prenup can be valuable for the average citizen as well.

Prenups are extremely helpful when it comes to simplifying the next steps after a divorce. If the marriage doesn’t work out, divorce proceedings can be long and arduous, but a prenup will simplify everything. If the agreement is valid, divorced spouses follow it without argument or hassle.

Prenups also protect spouses from each other’s debts. Without one, a divorced person may be responsible for helping with their ex-partner’s medical or loan bills. All told, a prenup offers peace of mind, just in case.

What Can Invalidate a Prenup?

Prenups are not ironclad. If a court determines something illicit in the agreement’s filing or creation, it can declare the terms invalid. If you’re getting divorced and believe that your prenuptial agreement is somehow unfair, unethical, or illegal, read on to find out what a court needs to see to invalidate the terms.

Both parties must disclose all their assets and debts during the creation of the prenuptial agreement. If one spouse neglects to inform the other of debts they’ve accrued or assets they have, that means the prenup was written without all the pertinent information. This information may have changed the agreement entirely, so a court may declare the prenup invalid in this situation.

With all this said, if you waived your right to have an attorney review the prenuptial agreement, your partner will get away with the fraudulent disclosure of assets. Always have an attorney look over your documents to ensure everything is on the up and up.

Proving that you signed a prenup under duress or coercion is very difficult, and different states view “coercion” differently. Challenging as it may be, if you can prove that you were forced to sign the prenup while under duress, a court will invalidate the agreement.

Simply put, a prenuptial agreement that contains unconscionable terms is unfair. Generally, determining unconscionability rests with a court’s opinion on the matter and whether the agreement’s nature is so inequal that it would shock anyone with common sense.

For example, an agreement that requires a spouse to do a certain amount of household chores or perform a designated number of intimate acts would be considered unconscionable. Additionally, a prenup that leaves one spouse wealthy and the other on welfare is unjust and unfair.

Some states require legal counsel for both parties to be present at the time of signing the agreement. The agreement might be entirely invalid without a lawyer involved in the signing unless you waived your right to attorney review.

A competent divorce attorney drafting your prenup is far safer than leaving it in the hands of someone who doesn’t know what they’re doing. A poorly drafted document or one with careless errors could be all it takes for a court to invalidate a prenup.

What Makes a Court Validate a Prenup?

Now that you know the factors that can invalidate a prenuptial agreement, you should know what courts want to see. We’ll look at a few factors that make a prenup airtight, provided they contain none of the aforementioned red flags.

It may seem like common sense, but a prenup must be a written agreement signed by both parties. A prenup agreed upon verbally is not legally binding, so ensure you have a physical document with both signatures.

Just as signing under duress or coercion will get a prenup thrown out of court, signing without the mental capacity to understand what you’re agreeing to will cause a problem. When the time comes to sign, ensure that neither party is under the influence of drugs, medication, or alcohol.

Signed Enough in Advance of the Nuptials

A couple must sign a prenup far enough in advance of the nuptials to give both parties ample time to grasp the implications of signing. As mentioned earlier, an agreement signed just before walking down the aisle is no good—draft and sign it months in advance.

No Amendments After Signing

Once a spouse has put pen to paper, the prenup is locked in place. If a spouse or attorney adds anything to the agreement after signing, the document is invalid. This includes changing the language of the agreement—an additional word here or there can profoundly affect a legal document. If you must make changes, draft a new contract and repeat the process.

If you’re concerned about the terms or your upcoming marriage, consider drafting a prenuptial agreement in Illinois. Many people shy away from prenups because they think it takes the romance out of the marriage, but it’s just a way to make everything simpler if worse comes to worst. Hopefully, you’ll never have to use it, but if things end badly, you’ll be glad you made it.