Legal Separation in Illinois: How It Works 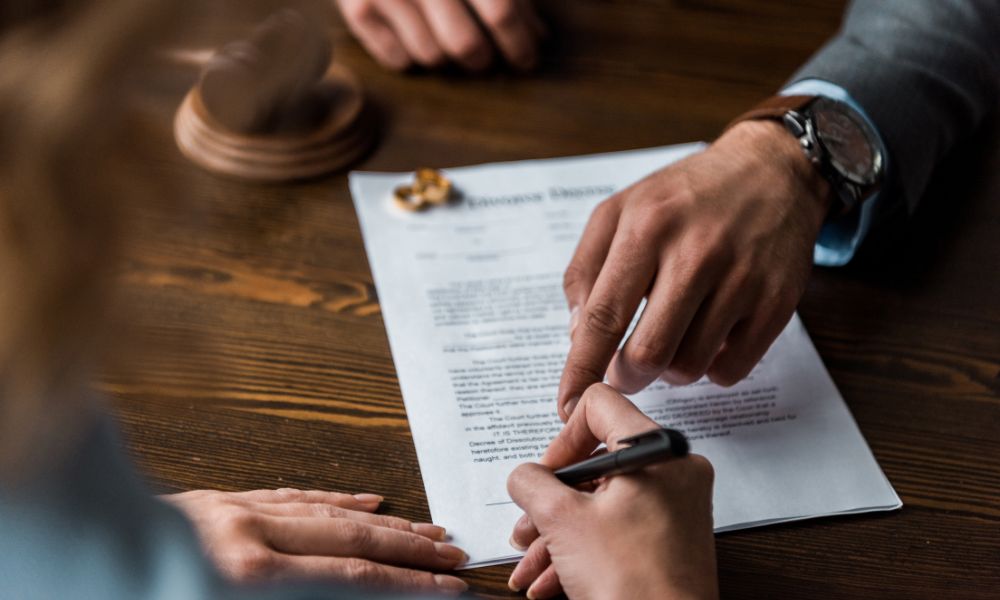 Legal separation may be good for couples that need to temporarily split up while putting effort into mending their relationships. A divorce is more permanent, while a legal separation can establish some financial boundaries and responsibilities. Here’s a quick guide to how legal separation works in Illinois.

A legal separation sounds the same as a divorce, and both are relatively similar aside from one crucial point: in a legal separation, the couple is still legally married. A judge grants a legal separation in the form of a court order, and the other aspects of a couple’s life are negotiated and split. The court will resolve any issues of child custody and support, property division, housing, and investments. A legal separation gives the couple a chance to remedy things over time.

On the other hand, divorce is the legal end of a relationship, and everything is equitably divided between the two parties. In a divorce, you can legally marry other people, while in a legal separation, you cannot remarry. A court can convert a legal separation into a formal divorce, or the couple can reconcile and either spouse can ask the court to vacate the separation order.

Possibilities During a Legal Separation

This option is great for couples that feel they have irreconcilable differences but understand how complicated and tiring the legal process of a divorce can be. Couples that go through legal separations can enjoy the distance and other benefits that come with being divorced—but without the complications that come with divorce proceedings. In many legal separations, you can still arbitrate matters such as property division and alimony.

Legal separations are also great test runs for couples with children. When you have children, divorce has far-reaching implications beyond just you and your partner. Everything your children understand as normal will become uprooted, and they’ll have to split their time between you and your partner. To avoid these results, many people opt for legal separation first. This gives them a way to see how things will look, how the children will react, and whether things will change as a result. Many couples also opt for legal separation in instances when they want a divorce but the children are almost adults, because then they won’t need to deal with custody complications.

Legal separations are excellent choices for people who want a trial run of their divorce, but they’re also smart financial decisions for spouses who are okay not being married. A complete divorce can result in a lot of property divided between both parties, and it could also get in the way of other financial benefits. For instance, some couples choose legal separation because it allows them to continue receiving health-care benefits, Social Security payments, or other federal benefits.

Other people opt for legal separation instead of a divorce because of religious reasons. Many religions frown upon divorce, and couples can navigate this by staying legally married, even if they’re separated. Some couples are also just scared of divorce, as it carries an incredibly negative stigma. For many people, presenting themselves as married or legally separated instead of divorced is much easier.

When entering into a legal separation, some people may feel that it’s not as legally binding because it’s not a divorce. However, the belief that agreements about finances and visitation aren’t as enforceable or that repercussions don’t carry the same weight is false. Separation agreements can be private or litigated through the court, but in both instances, if one party violates the agreement, they can be sued or fined for breaching the contract. A legal separation is still an enforceable legal document meant to hold both parties accountable. A breach of this agreement would have the same repercussions as violating any other legal document. Without the legal weight behind a separation, there would be nothing to motivate compliance for both parties.

However, a court can deem a separation agreement legally invalid if it was signed under duress, if it was obtained through fraudulent means, or if one of the parties lacked the mental capacity to properly consent to it.

How Are Legal Separations Created?

These agreements include a lot of information, and both parties need to agree to them. The provisions they contain are as enforceable as the provisions of a marriage dissolution agreement. Although a legal separation can be a private agreement made outside of court, the agreement is still binding. Your partner can sue you if you breach your end of the contract, and likewise, you can sue your partner for not upholding their end.

Some important topics that a separation agreement may contain include:

A formal review of the agreement is essential because so much is at stake. It guarantees that both parties’ interests are protected and that the agreement doesn’t lean heavily in one person’s favor.