Recent Changes and Developments in the Law on Dissipation

Introduction. 2012 brought both important legislative changes and case law developments in the often murky area of dissipation under the Illinois Marriage and Dissolution of Marriage Act (IMDMA). The statutory changes were significant, and attorneys practicing in the field of family law should have an understanding and awareness of the recent changes. Further, recent decisions from the Appellate Court relating to dissipation helped to clarify and shape the best approaches to this often difficult and frequently contested issue in divorce cases. This article summarizes those legislative changes and identifies developing trends that arose in 2012 regarding dissipation.

Statutory Changes. Under Section 503(d) of the IMDMA, (one of the factors a court must examine in allocating marital property is whether either party committed “dissipation” of that property. Dissipation has been defined as a person’s use of marital property for his or her sole benefit for a purpose unrelated to the marriage at a time when the marriage is undergoing an irreconcilable breakdown. In Re Marriage of Hubbs, 363 Ill. App. 3d 696, 700 (5th Dist. 2006). On January 1, 2013, Public Act 97-941 took effect, requiring that formal notice be given when any dissipation claims are asserted. The Public Act amended section 503(d)(2) of the IMDMA (750 ILCS 5/503(d)(2)) and applies to all petitions for dissolution of marriage filed after January 1, 2013. Prior to the amendment, there was no statutory requirement for providing notice to an opposing party of any dissipation claims a party intended to pursue at trial. However, there was precedent which generally stood for the proposition that a party was required to put the opposing party on written notice of claims of dissipation before trial, or such argument or claim was considered waived. See In Re Marriage of Zito, 196 Ill. App. 3d 1031, 1036 (1stDist. 1990). Amended Section 503(d)(2) of the IMDMA appears to codify the requirements set forth in Zito.

The recent legislative changes now require any party intending to pursue a dissipation claim at trial to file a notice of intent to claim dissipation at least 60 days before trial, or 30 days after discovery closes, whichever is later. 750 ILCS 5/503(d)(2)(i). Further, the amended statute requires the notice of intent to claim dissipation to include, at a minimum: the date or period of time during which the marriage began to undergo an irretrievable breakdown; a specific identification of what property was dissipated; and when the dissipation actually occurred. 750 ILCS 5/503(d)(2)(ii).

The amended statute also requires the notice of intent to claim dissipation to be filed with the clerk of the court and served pursuant to the rules of court. 750 ILCS 5/503(d)(2)(iii). Lastly, the statute attempts to place a timeframe on the period during which dissipation claims can be made. Specifically, the statute provides that no dissipation shall be deemed to have occurred prior to five years before the filing of the petition for dissolution, or three years after the party claiming the dissipation knew or should have known of the alleged dissipation. 750 ILCS 5/503(d)(2)(iv).

Under this new provision, practitioners must be cautious when pursuing a dissipation claim: they must ensure the timely filing of such a claim, otherwise, they risk waiving that right at trial. As stated, the amendment under 503(d)(2) now requires that notice be given at least 60 days before trial, or alternatively 30 days after discovery closes, whichever is later. Thus, attorneys must be cognizant of the statutory deadlines so as to not waive any claims in this regard. One suggestion to avoid this problem is to include a requirement in the case management order that all dissipation claims must be made by a certain agreed-upon date. Doing so will provide both sides with an adequate amount of time to conduct discovery and identify all dissipation claims.

The amendment to section 503(d)(2) of the IMDMA gives rise to a foreseeable question: what happens if discovery closes just a few weeks before trial commences? In that instance, the 30 day notice requirement would technically run past the trial date, which would create a conflict with the intent of the statute. Therefore, careful planning should be undertaken to ensure that all discovery cut-off dates do not conflict with the notice requirements of the statute. Further, oftentimes, adequate discovery is not received until the end of the case. Thus, issues of dissipation may not crystallize until such time. Should that circumstance arise, a party may be forced to bring a motion for leave to file a dissipation claim based upon good cause.

The amended statute also restricts the timeframe during which a party can pursue a dissipation claim by limiting the period of time to five years before the filing of the dissolution action, or three years after a party knew or should have known about the dissipation. The inclusion of these terms appear to codify existing case law, which sought to limit courts from examining all questionable expenditures during the course of a long marriage. Courts have stated that such an open-ended review would clearly consume too much time and unnecessarily waste judicial resources.

In Berberet, the court made a number of dissipation rulings regarding the use of cash, expenditures consistent with a prior lifestyle, and the importance of submitting records to refute dissipation claims. The husband in Berberet received nearly $47,000 in a worker’s compensation settlement. Approximately nine months later, the husband spent roughly $22,000 of the settlement proceeds and the wife charged him with dissipation of the depleted marital funds.

The husband testified that between February and October of 2010, he withdrew $4,200 in cash from his bank accounts. He further testified that the cash withdrawals were used for general expenses, although he could not recall how he spent each dollar. He did testify however, that his use of the cash was consistent with his general routine and pattern prior to the breakdown of the parties’ marriage.

Significantly, the court did not find the husband’s use of cash to be dissipation, even though he could not recall the specific nature of each and every purchase. This is important because the trial court’s findings, which were upheld on appeal, are inconsistent with prior case law which provided that general and vague statements regarding the use of marital funds on bills or other marital expenses are insufficient to refute a finding of dissipation. See, e.g., In Re Marriage of Dunseth, 633 NE2d 82 (1994). The Berberet court, however, departed from this prior case law, and instead focused on the fact that the husband had submitted account statements generally identifying where the funds were deposited to and withdrawn from. The court also relied upon the husband’s testimony that his use of cash was consistent with his routine during the marriage. This component of the decisions important because it identifies that the use of cash, after the marriage has undergone an irretrievable breakdown, need not be accounted for dollar-for-dollar. So long as the court is provided with adequate banking records and deems the use of cash to be consistent with the pattern and practice before the marital breakdown, unaccounted-for cash may escape a dissipation finding.

Also, in Berberet, the husband was charged with dissipation for three vacations he took during the course of the divorce proceedings. The husband took a family vacation to Minnesota with his children, a hunting trip to Arkansas, and a trip to Las Vegas. None of these vacations were found by the trial court to be dissipation, and this determination was upheld on appeal. The Court reasoned that because the husband took the children to Minnesota for their family trip, and hunted consistently and frequently throughout the marriage, that the vacations taken were consistent with the lifestyle established during the marriage. Therefore, the Court found that the money spent by the husband constituted a legitimate marital purpose. The Court also placed reliance on the fact that the wife took similar vacations with the children and made an assessment that the vacations taken by the husband were not of an excessive nature.

Also at issue in Berberet was the depreciation associated with the husband’s purchase of a new vehicle. The husband bought a Chevy Tahoe for approximately $44,000 during the divorce proceedings. At trial, the Court valued the truck for $10,000 less than the purchase price. The wife argued that the drop in value resulting from depreciation was dissipation. The court, however, rejected that argument. It found nothing in the testimony to demonstrate that the husband paid an excessive price for the car or that his actions caused a drop in the vehicle’s value; rather, it was simply a function of the marketplace. Thus, the court was clear that a decrease in the value of a car caused by depreciation does not constitute dissipation.

The decision of the Second District In Re the Marriage of Romano was significant in that it answered and clarified two important questions relating to the timing of dissipation under Illinois law. First, the Court clarified the point in time from which dissipation should be calculated; second, it clarified what constitutes an irretrievable or irreconcilable breakdown.

In Romano, the wife attempted to present a dissipation claim dating back more than five years before the dissolution filing. In Romano, the Court relied on the Supreme Court’s decision in In re Marriage of O’Neal, 138 Ill. 2d487, 497 (1990) to reiterate that dissipation should be calculated from the date when the marriage began undergoing an irreconcilable breakdown. The court clarified that an irreconcilable breakdown is not a prolonged, gradual process extending from the initial signs of trouble until the actual breakdown itself. Rather, the court held that the date of the irreconcilable or irretrievable[1]breakdown is the date by which it is apparent that a breakdown is inevitable.

The court went on to explain that not every incident or occurrence of conflict in a marriage is a signal that the marriage has begun to undergo an irreconcilable breakdown. To establish dissipation, the marriage has to be undergoing an irreconcilable breakdown. The Court defined “irreconcilable” using Webster’s dictionary, to mean, “impossible to bring into friendly accord or understanding; hostile beyond the possibility of reconciliation.” 2012 IL App (2d) 091339, ¶91.

Thus, while the court clarified that dissipation starts from when the irreconcilable breakdown began, the point of irreconcilable breakdown occurs when the marriage is beyond repair. In examining the external factors that would demonstrate that the marriage had begun to undergo an irreconcilable breakdown, the court considered several factors, including whether a petition for dissolution of marriage was filed; whether the parties physically separated; were they continuing to engage in sexual relations; was there any public holding out of affection; were the parties taking trips together; was one of the parties preparing meals and doing household chores for the other; and had anyone discussed or asked for a divorce.

The Romano court looked at all of the above factors in ruling that the irreconcilable breakdown of the marriage had not occurred as early as the wife had claimed. The court concluded that the evidence only demonstrated that at times the parties had a contentious marriage. The court commented that while the Romanos, like most married couples, may have had disputes during the course of their marriage, not every conflict or dispute they engaged in signaled a marriage that had begun to undergo an irreconcilable breakdown. Thus, Romano is an excellent reminder of, and provides guidance on, what factors to examine in making an assessment of when a marriage begins to undergo an irreconcilable breakdown. 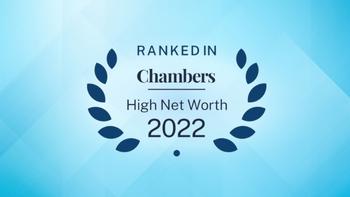