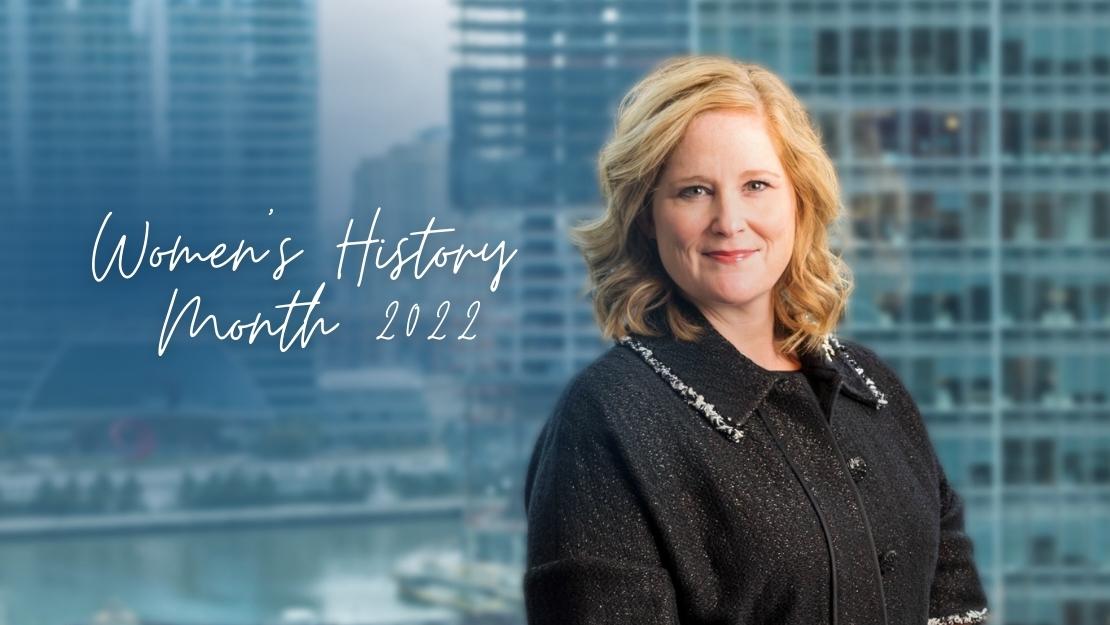 With Women’s History Month upon us and Law Day around the corner, it’s an appropriate time to reflect on the impact that the entry of women into the legal profession and our judiciary has had on our community and society.

The first woman lawyer in Illinois, Alta M. Hulett, was admitted to the bar in 1873. It took another 50 years for a woman to be elected judge in Illinois. Illinois’ first female judge, Mary Margaret Bartelme, was born on July 24, 1866, in Chicago.

She studied law at Northwestern University, graduating in 1894, the same year she was admitted to the Illinois bar. She then embarked on a remarkable career that would change the face of juvenile justice in Illinois and the United States.

Early in her career, Bartelme was a leading suffragette (the right to vote was not granted until 1919, 25 years after Bartelme was admitted to the bar) as well as an advocate for numerous charitable causes supporting indigent woman and children.

Likely as a result of this charitable work, then-Gov. John R. Tanner appointed Bartelme to be public guardian of Cook County in 1897. She was the first woman to occupy the office. Her tenure lasted 16 years.

In 1899, Bartelme and other reformers lobbied for and then created the Juvenile Court in Chicago, separating juvenile offenders from the adult criminal system for the first time in Illinois. That same year, Bartelme also helped establish a detention home instead of adult jail for juvenile offenders.

The Chicago Juvenile Court was described in a publication at the time in the following words: “Chicago’s Juvenile Court, which was established in 1899, was the first of its kind in the United States. Its pioneer work was directly responsible for a salutary change through the entire nation in the relation of law to delinquent children.” “The Court for Delinquent Girls,” “The Delinquent,” Vol. III, no. 12, pages 6-10; at 7.

Also during her tenure as public guardian, Bartelme established Mary Clubs, the first in her own home, as a place for girls to be supervised before their placement in foster care.

By 1923, more than 2,600 girls had been served by Mary Clubs. Elected judge in the Cook County Circuit Court in 1923, it was natural for Bartelme to be assigned to sit in the Juvenile Court, presiding for many years over the “Court for Delinquent Girls,” a special docket that she created.

Bartleme insisted that all those working in her courtroom were woman, including the clerk, court reporters and the bailiff and men were allowed in the courtroom only if they were essential to the proceedings.

Her supervising judge was quoted in “The Delinquent” as describing her in the following way: “She is an acute and well-trained lawyer with a distinctly judicial temperament. Her mind is quick and comprehensive. She has poise, cool judgment and a fine discriminating sense of justice.

“Few men, no matter how wise and good, are capable of passing judgment on girls who have erred, because few men have a clear understanding of a woman’s nature. Not all women are capable of such work, because their sympathies would be too likely to override their judgment.

“Miss Bartelme is the right woman in the right place. She is a man’s intellect and judgment and a woman’s heart, sympathies and intuitive knowledge of feminine character and feminine view point.”

Mary Bartelme is also credited with beginning the inclusion of social scientists in the hearing and sentencing portions of court proceedings, literally changing the focus of those proceedings from punishment to rehabilitation. While some of her views expressed while presiding over the Court for Delinquent Girls would today be considered outdated, her compassion for the offenders who appeared before was obvious.

Bartelme had very strong views about the root causes of delinquency in young girls and was a staunch advocate for keeping girls out of the workforce until they were at least 16.

She is quoted in The Delinquent about her thoughts on the societal changes causing the increased number in delinquent girls at the turn of the century as follows: “The entrance of women into the industrial field has changed the attitude of men toward her. Men have lost quite generally their old chivalrous and sentimental regard for women which characterized the days of our mothers and grandmothers.

“Close daily business association with women has bred in men a feeling ungallantly akin to contempt. In the business world she meets men who dress well and are willing to entertain her and spend money upon her. They take her to gay cafes and buy her wines and delicate food and drive her about in automobiles.

“It’s an introduction to a new and brilliant world. It turns her head. It gives her false idea of pleasure, of happiness of life. She has her choice of humdrum existence as a poor man’s wife or an alluring career as a rich man’s mistress. It is a small wonder that so many make the wrong choice. They are too young and heedless to realize that the primrose path turns off at last into the desert of lost hopes and ruined lives.”

Separate and apart from being the first woman judge in Illinois, Mary Margaret Bartelme was a trailblazer throughout her entire long career. She should be remembered for her significant contributions to our profession.