The Background and History of Pride Month 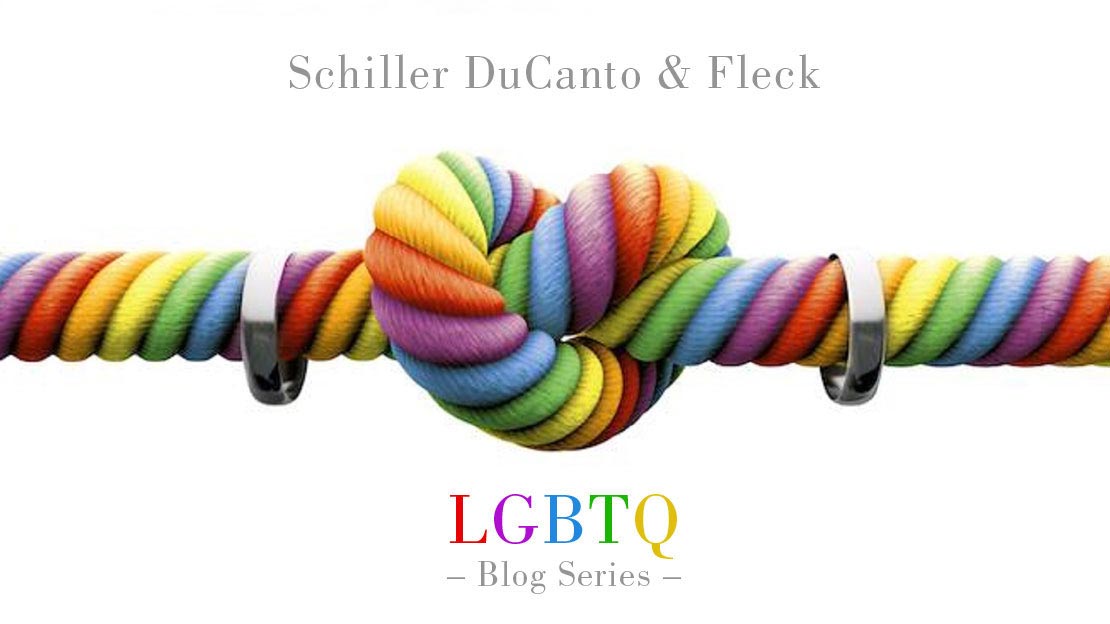 OSchiller DuCanto & Fleck LLP is committed to gender identity and sexual orientation equality and diversity. The firm has represented many LGBTQ couples in a variety of family law cases, created an LGBTQ committee and conducts and hosts ongoing educational programs regarding LGBTQ issues. This is the first of a series of blogs regarding LGBTQ history, legal issues, and our evolving landscape.

In Chicago, LGBTQ Pride Month has evolved to include more than just the parade that many may associate with it. In addition to the parade, there are nearly 100 other events that take place in the city throughout June, including speakers, workshops, concerts, plays, and even 5K runs. 1

National LGBTQ Month, othwerise known as Pride Month, is celebrated by millions of people worldwide each June. Its origin can be traced to June 28, 1969 at the Stonewall Inn in Greenwich Village, New York, where a group of LGBTQ patrons resisted a raid by the police, who had targeted patrons on the basis of their sexual orientation. 2

When the police started to arrest employees and drag performers, the crowd of gay, lesbian, and transgender patrons and neighbors swelled to over 2,000 people. Three days of rioting ensued, which is when gay liberation organizations and the modern day LGBTQ rights movement were formed. 3

A year later, LGBTQ activists and several major cities, including New York and Chicago, held a parade to commemorate the Stonewall riot. Parades have been held in June ever since in commemoration. Although Pride events are most popular in Canada, Latin America, Australia, and throughout Europe, celebrations in the United States, including Chicago’s, have grown in popularity over the years. 4

Chicago’s first Gay Pride Week took place in 1970, which ended with a Pride Rally and March. 5  The Chicago Pride Parade route is typically from the north end of the Lakeview neighborhood to its southern border. This year, the parade began at Broadway Street and Montrose Avenue and ended at West Diversey and North Sheridan Road. 7  Some of the well-known organizations and local and national businesses that featured their LGBTQ employee groups were ABC 7 Chicago, MB Financial Bank, Boeing Company, and Hyatt Hotel Corporation. 8

This year, it was estimated that the parade itself was attended and celebrated by 1 million people, both LGBTQ and straight allies. 9  After the mass shooting at the night club Pulse in Orlando, Florida, in 2016, the parade heightened police security. 10  Similar precautions were taken again this year. While security has been tight, historically very little violence has occurred at the Chicago Pride Parade. In 2017, reportedly only seven people were arrested, a relatively small number given the tens of thousands participants and well-wishers. 11

This year there was a protest directed by the Trans Liberation Collective that shut down the parade for nearly 15 minutes. 12  The organizers’ official statement said they were taking action to disavow “ever-increasing corporatization, whitewashing, gentrification, racism, and cisnormativity that have infused Pride for decades.” 13  None of the protestors were arrested. 14  This is not the first protest that has taken place at the Pride Parade; there have been plenty throughout the years. In 2015, there was a similar delay in the parade when protestors wearing black shirts that read “#BlackOutPride” and chanting “Black Lives Matter” stopped the festivities. 15  Eight of the protestors were arrested.  16

The rising popularity of Pride events is in part due to greater levels of acceptance of the LGBTQ community by the community at large. 17  Throughout the years there has been more and more political and community involvement. The first mayor in Chicago to join the parade was Mayor Richard M. Daley in 1989. 18  The Mayor also returned the next year, where 51 of the 186 float entries in the parade were politically based. 19  Chicago professional sports teams started making appearances at the parade in 2010, including a Chicago Blackhawks player, the Stanley Cup, and the Chicago Cubs. 20

Pride events are an opportunity to look back on the history of the LGBTQ social movement, a way for the community to come together to recognize improvements and shortcomings, and a community celebration. 21  Schiller DuCanto & Fleck stands firmly behind this movement and the principles it stands for.